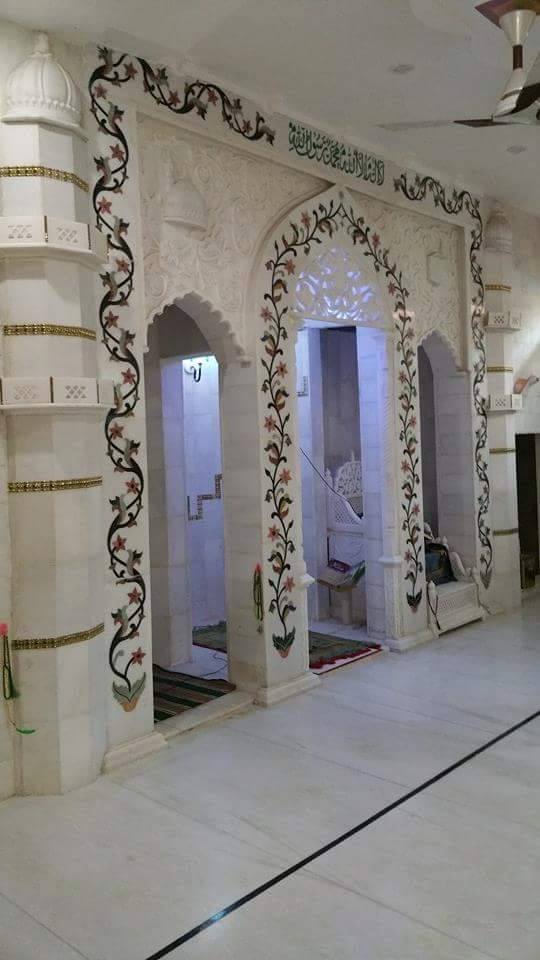 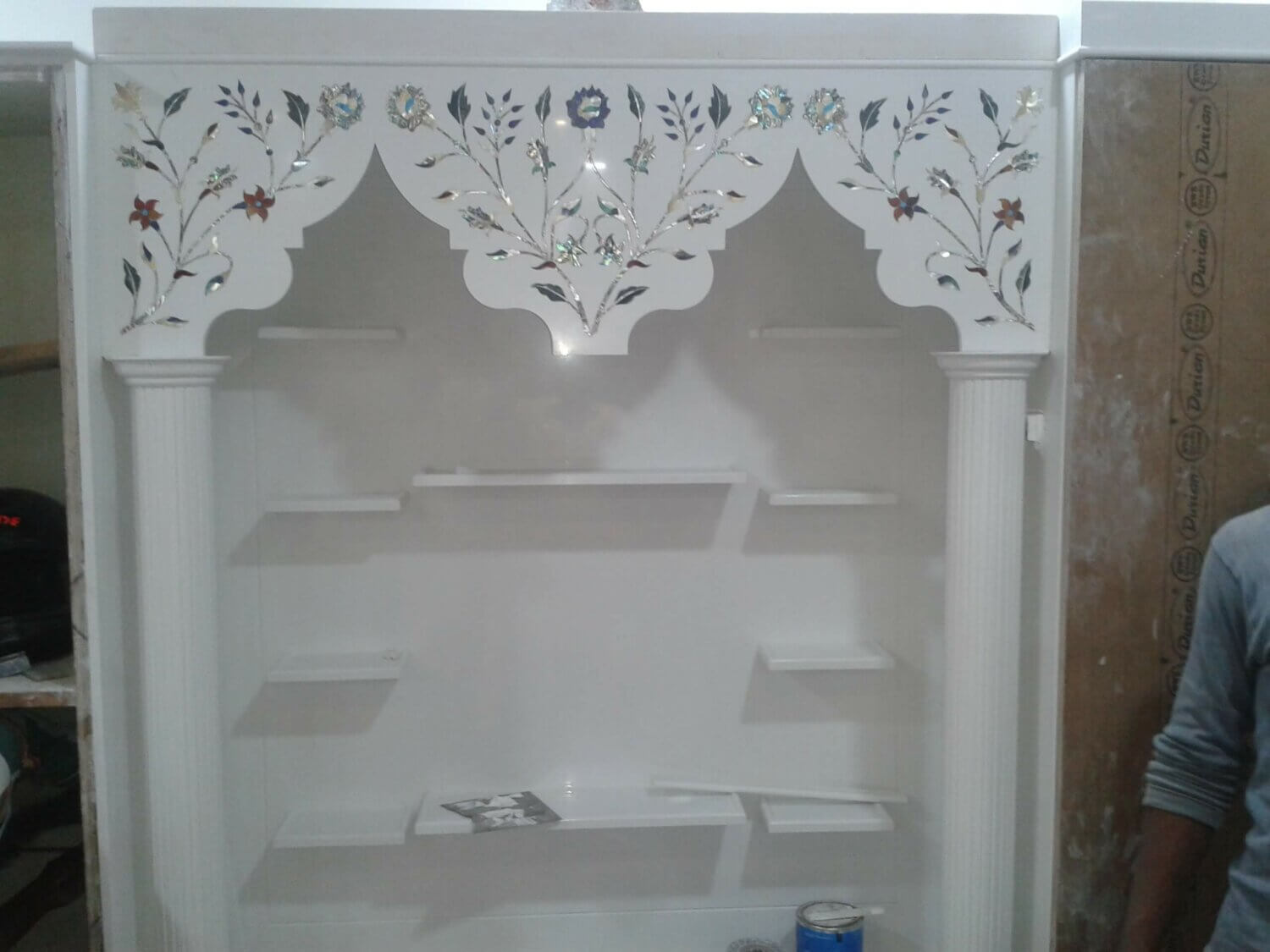 
Welcome to the Marblehaqarts's Temple And Mosque Inlay Work Section

Marblehaqarts provides you lavishing Temple And Mosque inlay work, inlay services on our holy places (Masjid ) Mosques and (Mandir) Temples on marble inlay flooring, marble inlay work on pillars and marble inlay work on the wall. History: During the Mughal period, inlay created the effect of richness with the help of bright attractive colours and complexity of designs. The tomb of Humayun, begun around 1565, the tomb of Akbar at Sikandra, India, Jahangiri Mahal, Agra Fort, and the Jami‘ Masjid of Fatehpur Sikri, Tomb of Itmad-ud-Daulah (built-in 1622) are outstanding examples of inlay work. During the reign of Emperor Shahjahan, monuments were decorated with rich and marvellous decorative techniques. Inlay art flourished during this period. The style of inlay decoration for buildings was very minute. R. Nath writes that stylised floral designs were executed with tiny pieces of precious and semi-precious stones. The Shahjahan`s Mosque in Delhi has wide inlaid work with inscriptions in black marble. In the Jahan Ara Mosque, Agra, built-in 1648, the bulbous dome is inlaid with wide bands of alternating red sandstone and marble. The Taj Mahal, Agra, built-in 1631-1648, the Jami‘ Masjid, Delhi, built-in 1644, the Shahjahan Mosque, Thatta, built-in 1644, Moti Masjid, Lahore, built-in 1659-1660, and the Badshahi Mosque, Lahore, built-in 1673 are paragons of this decorative mode. In the Badshahi Mosque, inlaid work on a flat surface and in low relief have been executed with perfect technique; decorative floral motifs were cut out of white marble and inlaid on the red stone in flat and embossed manner. Ahmad Nabi Khan writes about the floral ornamentation of the Badshahi Mosque and says that it has bold relief inlay of white marble on red sandstone background on its entire exterior.

Now Lets Checkout Our Marble Inlay Work In Mosques And Temples On Various Location In India. 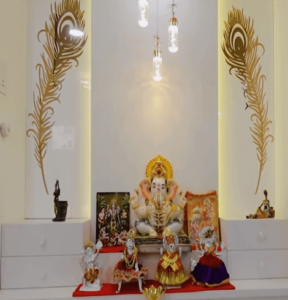 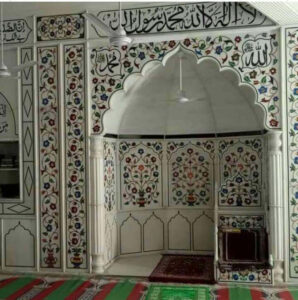 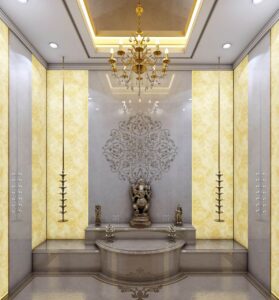 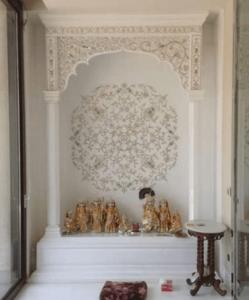 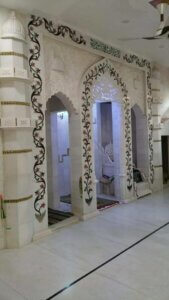 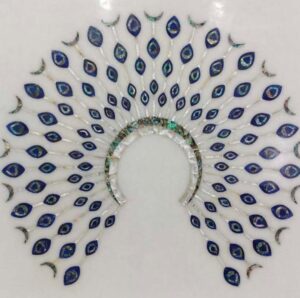 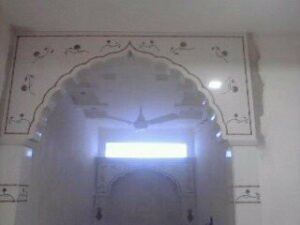 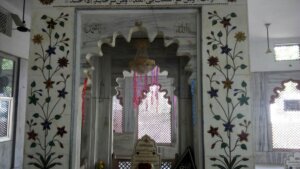 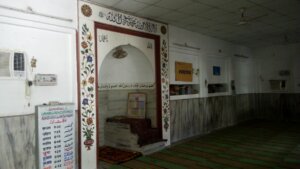 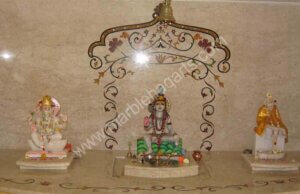 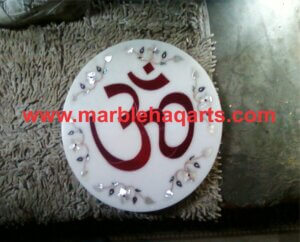 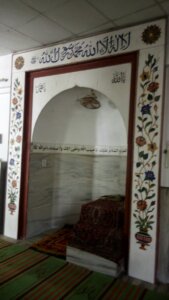 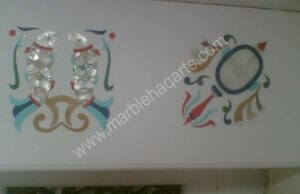 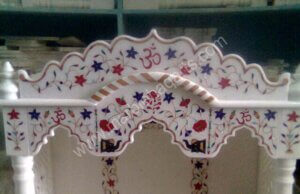 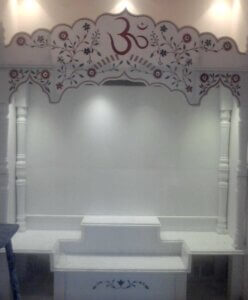 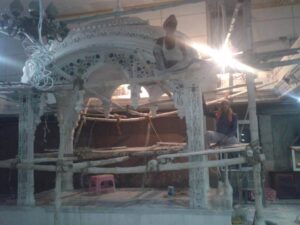 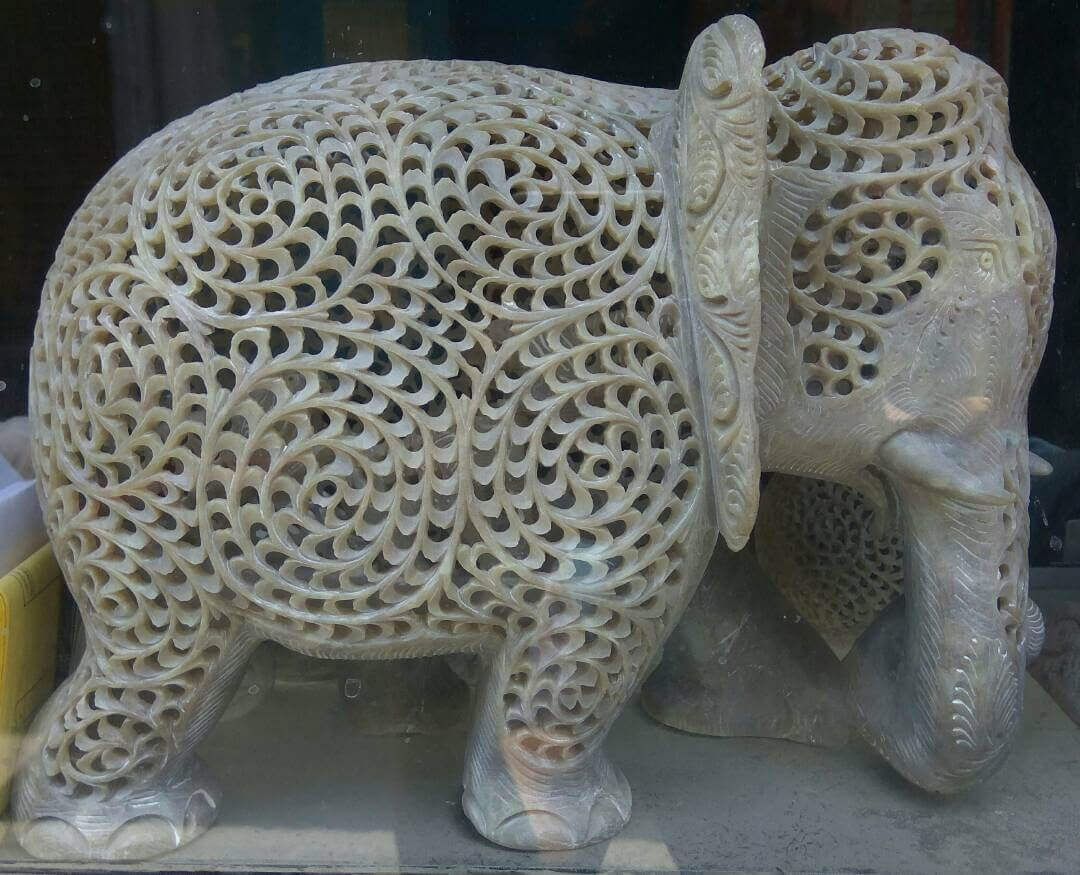 Welcome to the Marblehaqarts’s Soapstone Handicraft Product Section Marblehaqarts is one of the leading manufacturer and exporter soapstone handicraft products, we are […] 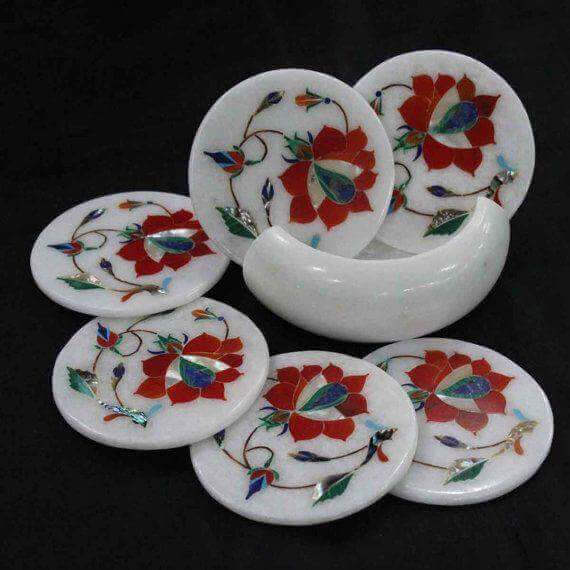 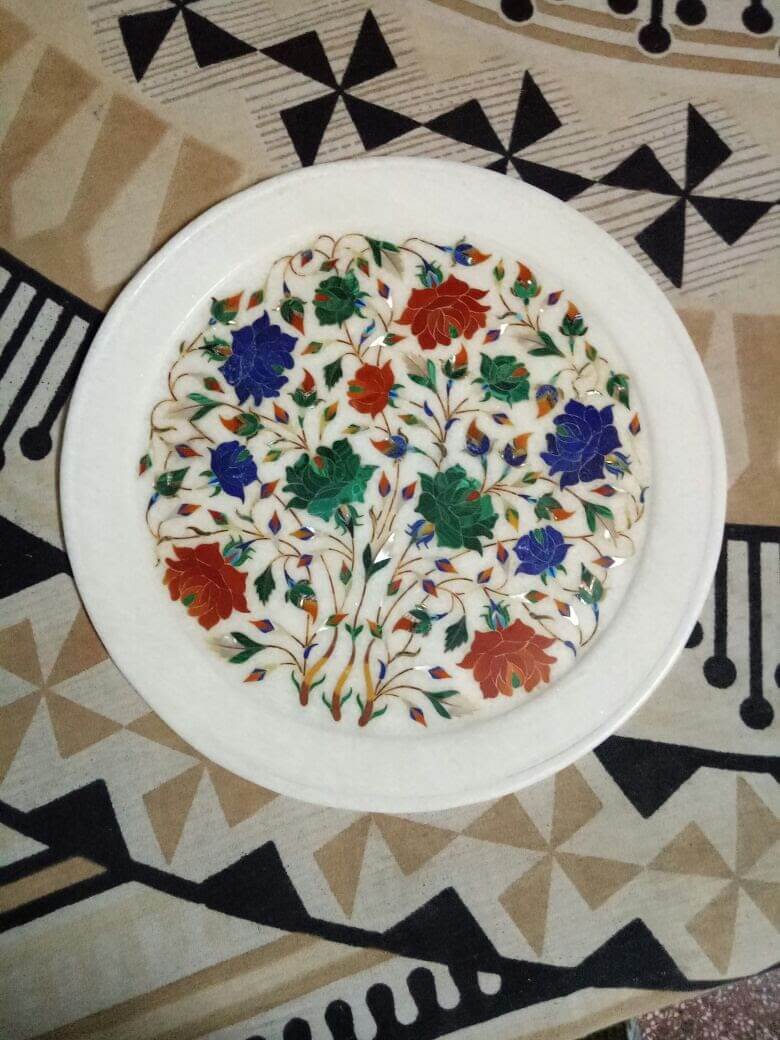 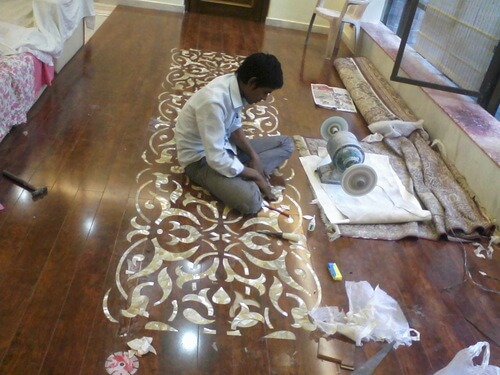 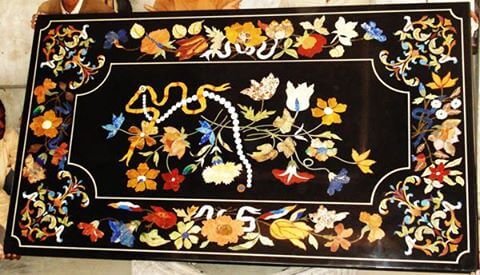 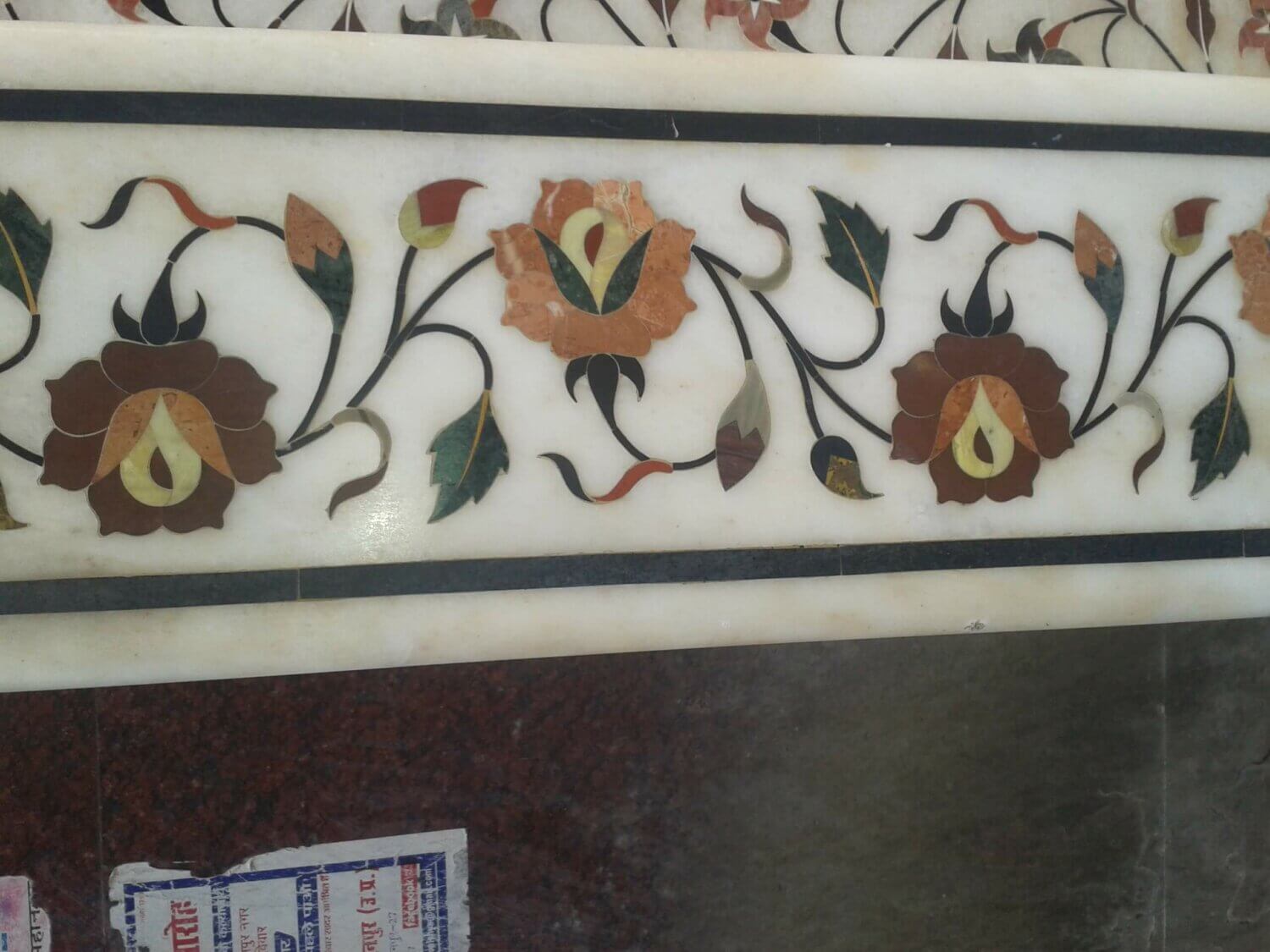